skip to main | skip to sidebar

Marks & Spencer: My Part in its Downfall.

Should Marks and Spencer announce it has fallen short of its targets this financial year, I fear I may be called to account for my inadvertent contribution to this downturn.

I will attend the Annual General Meeting with three identical woks and a picture of a fourth wok. The former are black steel and have wooden handles; the latter is shiny aluminium and has a glass lid. Small, but important details. Under the arm not carrying woks, I will have a girls' duvet cover printed with sugary cupcakes. More devilish details. I will also carry a guilty look even though I haven't actually done anything.

I am a huge fan of M & S. When the bean counters who run what was Michael Marks and Thomas Spencer's penny bazaar decided to shut the only store here several years ago, they left British expatriates bereft. It's mostly an English thing, but the Frenchman who is, as his nom de plume suggests, French, is also a huge fan of Marks & Spencer. He fell in love with the store, or more particularly, it's underpants, around about the same time he fell in love with me. His love for the shop was consummated after he told me the particular M & S underpants he liked were called "moule-burnes" and sent me off to ask the girl in the men's department for some. It turned out I was asking for "ball-squeezers" or something to that effect. This caused huge mirth among the sales assistants at the time and probably right up until the day they lost their jobs. It was nine years ago but is still a source of hilarity for the Frenchman's friends.

So, I have suffered humiliation heaped on rejection at the hands of M & S but have remained true. In April I ordered a wok from the online store. In the picture it was a thing of beauty, all shiny with riveted handles and a glass lid. What arrived was not. It was black, had a wooden handle and no lid. M & S customer services apologised profusely, said to keep the ugly wok and promised they'd send the right one. The Frenchman, used to the French school of customer relations, was impressed. A week later another black, wooden handle, no lid wok arrived. More calls. Another order. Another ugly wok. M & S not only says I can keep them but has given me a refund of my original order because I didn't get what I wanted. This is generous, but not economically sustainable.

M & S's generosity didn't stop there. A couple of weeks ago another order arrived and at the bottom of the box was a pink duvet set covered in cupcakes I hadn't ordered. I told the Frenchman I was going to phone M & S and 'fess up. He advised me to think long and hard before doing so. It was all very well salving my conscience, he said, but what of the warehouse packer named on the delivery note who was surely going to get it in the neck if I reported his generosity. He might, cautioned the Frenchman, lose his job and not find another because of the economic crisis. It had all the makings of An Inspector Calls. I put the duvet and my guilt in the cupboard.

So that's three woks and set of bedlinen awry on the stock count and I'm just one customer among millions. Then again maybe it is deliberate. Perhaps someone in the warehouse heard the one about the English woman and the 'moule-burnes' and felt I deserved a break.
Posted by Parisgirl at 23:45

Wow, I'm impressed. I think I shall order online and see what I get free!

Incidentally, Marks and Sparks in Paris wasn't just an English thing. I worked at the US newspaper The International Herald Tribune and there were many American journalists there who regularly shopped at M&S and were deeply upset when it closed.

ma cherie, I enjoyed this post so much yesterday that I took the time and trouble to write quite a spiel. It commented on the immaturity of your Frenchman for playing on his loving wife the old type of trick which used to be played by a tradesman on a young and new apprentice, e.g. sending him for a rubber hammer, etc, and it had also pondered on whether the English version of moule-burnes might be the old Y-fronts, publicly denounced some years ago for rendering some men unable to father children? Get him some really tight -fitting ones, pet! ;-) Anyway, yesterday's effort from me was better than this one, but it disappeared like a puff of smoke when I hit 'publish'. Don't you just hate it when that sort of thing happens? x

I miss it still,

Apologies for taking a while to get to you. I work within M&S Direct and we are very keen to contact you to find out if you eventually did get the wok of your dreams and also if we can learn from your experience. If you would like, please send your e-mail address and order details to community.manager@marks-and-spencer.com.

Did you look carefully at the duvet cover? Are you sure they are pink cupcakes? Not moules being burned?

Ma cherie, where are you, baby? I'm missin' your kissin'. x x

M& S will go the way of dear old Woolies if they are not careful. IF you decipher the chinese comment PLEASE let me know. I have one the same and presume it is rude spam.

Lucky you! About three years ago we had a similar but not as useful "problem" with bidets and ended up with 3 lined up in the lounge after one arrive chipped, one arrived smashed and the third was perfect. 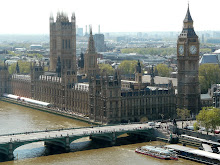 Parisgirl
The move to France was only supposed to be for a couple of years, not forever. Then I met The Frenchman. Then I had La Fille. Now there's no way back. But La Fille, to whom a horse is a cheval and a frog is just pond life is still half English. So before the Gallic nation claims her for its own, sprinkles her with garlic, sautés her and swallows her up whole we make regular escapes on the Eurostar. And we have discovered the grass is various shades of green either side of the Channel. 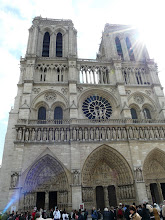 Copyright © Parisgirl (all words and pictures unless otherwise stated) 2008.